Top 10 VPN Providers > Everything you need to know about VPN!

Everything you need to know about VPN!

Using the internet unprotected can have serious consequences.

When you visit a website on the internet, your PC, tablet, or phone establishes a connection with the website servers on which that particular website is saved. Once the connection to the server has been established and the website contents have been downloaded, the third-party server also records your IP address. For laypeople, this doesn’t sound too bad at first. But here’s what a lot of people don’t know: Your IP address is a unique number that can be used to determine your place of residence and other private data. So does every website operator know your private address?

“If you surf the internet without using a VPN, every website operator can find out your address.”

If your connection to the server is not secured (i.e. without VPN), then intelligence services, internet providers and hackers can all track your internet activity.

If you connect to the internet using a VPN, then there is no longer a direct connection to the website’s server. Your PC, tablet, or phone first connects to a VPN server, which then redirects all data to the website server. This means that the website operator will only see the IP address of the VPN server.  The identity of the VPN user remains hidden to third parties. Important: Providers such as CyberghostVPN do not save their clients’ IPs , although doing so would be legal due to their business headquarters being locate abroad.

In addition to anonymization against website operators, your internet connection is also encrypted. This therefore gives intelligence agencies, internet service providers and hackers no chance to spy on you. Providers such as CyberghostVPN  use military encryption technologies that cannot be decrypted by current technological standards.

What are the advantages of using a VPN?

VPNs can also be beneficial for streamers. For instance, a VPN makes it very easy for you to access the desired content e.g., if you are on holiday and would like to access German content. The following links will help you choose the right streaming VPN:

Using a VPN is relatively easy, even for non-professionals. You first need to select a VPN provider (overview of the best providers). Next, download and install the VPN software on your PC, tablet, or phone. Installation takes just a few clicks. After being installed, open the program and click on “Activate VPN”. The VPN then connects to the VPN server, after which you can surf the internet securely and anonymously.

How do I find the best VPN?

The VPN market is growing fast and so is the number of options. This makes it difficult to find the right VPN provider. Established all-round providers, such as CyberghostVPN, are recommended for both beginners and advanced users. The software can be used on up to 6 devices simultaneously, whether they be PCs/Macs, tablets, smartphones or gaming consoles. CyberghostVPN also runs on Linux computers and is compatible with almost all streaming providers. In addition, data transfer is encrypted to the highest security standards. With over 1800 servers, CyberghostVPN’s server network is particularly stable and reliable. 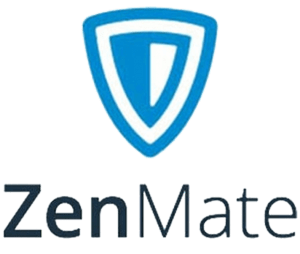