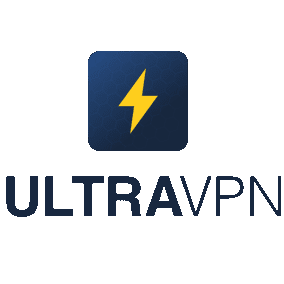 What is a VPN?

VPN stands for “Virtual Private Network“. More specifically, these are self-contained logical networks. Virtual private network participants are geographically separated but at the same time connected with each other via a secure IP tunnel. The network to which a virtual private network connects its users is called the dedicated network. All VPN users become part of this dedicated network. They are directly addressable as if they were geographically located at the network location. This spatial illusion is why it is called a virtual network.

Participants from all over the world can securely access the resources of the private network thanks to the VPN technology. To use a VPN network, it is of no importance what type of Internet connection is used, which device is used, and where this device is located. A VPN does not represent a physical connection, but rather uses an existing communication network as a transport medium. Simply put, in terms of connection, a VPN is like a network cable, plugged into the router of an external network.

Employees can e.g. access a corporate network from home using a VPN. All intermediate networks, such as the home network and the Internet, are functionally reduced to an extension cable. Depending on the VPN protocol used, the connection can be complemented with an encryption. The VPN encrypts the entire Internet connection. This encryption reaches from the network card to the VPN server. Recording and spying on data is reliably prevented thanks to real-time encryption. One of the most important reasons to use a VPN network is to establish an encrypted virtual network connection in an actually unencrypted network.

The user selects a VPN provider and uses its special software. You install the VPN software on your computer, mobile device, gaming console, or router and activate the software. Instead of establishing a direct Internet connection, the connection now takes place using the software which now connects the user to a VPN server. All VPN network users connect with a login server using a VPN protocol. Subsequently, an encrypted tunnel is established and each user receives a new internal IP address.

Computers from outside the VPN network cannot access internal communication thanks to the secure encryption. A virtual network card in the users’ computers enable secure communication. The operating system recognizes this network card as if it were a regular Ethernet adapter, normally used by the system and computer programs. All data transferred via this adapter are automatically secured using a high-quality encryption. The login server settings prevent the users from influencing one another. For this, each user receives his or her own tunnel and encryption.

There are various VPN providers on the market. However, not every provider fits the demands of each user equally well. There are often great differences between the price and possibilities of a VPN provider. It is important to diligently compare all VPN providers before making a choice. We have extensively tested all well-known providers and have also made recommendations. Our clear list of the top 10 VPN providers offers you an overview of the best providers. In this list, all discounts the providers offer are listed as well. You will automatically receive this discount if you choose a VPN provider through our website. Unfortunately, we cannot always offer these discounts as the discount campaigns are limited in time and amount. Like usual: first come, first served. You can of course always contact us with any questions you might have.