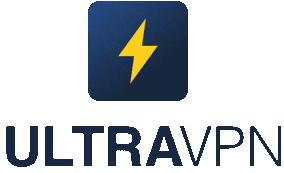 How do I find the best free VPN?

The VPN market is growing fast and so is the number of options. This makes it difficult to find the right free VPN provider. Established all-round providers are recommended for both beginners and advanced users. The software can be used on several devices simultaneously, whether they be PCs/Macs, tablets, smartphones or gaming consoles. Most VPN’s also runs on Linux computers and is compatible with almost all streaming providers. In addition, data transfer is encrypted to the highest security standards. Our site you will find a list of the actual best VPN-Providers.

What is a VPN?

VPN stands for “Virtual Private Network“. More specifically, these are self-contained logical networks. Virtual private network participants are geographically separated but at the same time connected with each other via a secure IP tunnel. The network to which a virtual private network connects its users is called the dedicated network. All VPN users become part of this dedicated network. They are directly addressable as if they were geographically located at the network location. This spatial illusion is why it is called a virtual network.

Participants from all over the world can securely access the resources of the private network thanks to the VPN technology. To use a VPN network, it is of no importance what type of Internet connection is used, which device is used, and where this device is located. A VPN does not represent a physical connection, but rather uses an existing communication network as a transport medium. Simply put, in terms of connection, a VPN is like a network cable, plugged into the router of an external network.

Employees can e.g. access a corporate network from home using a VPN. All intermediate networks, such as the home network and the Internet, are functionally reduced to an extension cable. Depending on the VPN protocol used, the connection can be complemented with an encryption. The VPN encrypts the entire Internet connection. This encryption reaches from the network card to the VPN server. Recording and spying on data is reliably prevented thanks to real-time encryption. One of the most important reasons to use a VPN network is to establish an encrypted virtual network connection in an actually unencrypted network.

The user selects a VPN provider and uses its special software. You install the VPN software on your computer, mobile device, gaming console, or router and activate the software. Instead of establishing a direct Internet connection, the connection now takes place using the software which now connects the user to a VPN server. All VPN network users connect with a login server using a VPN protocol. Subsequently, an encrypted tunnel is established and each user receives a new internal IP address.

Computers from outside the VPN network cannot access internal communication thanks to the secure encryption. A virtual network card in the users’ computers enable secure communication. The operating system recognizes this network card as if it were a regular Ethernet adapter, normally used by the system and computer programs. All data transferred via this adapter are automatically secured using a high-quality encryption. The login server settings prevent the users from influencing one another. For this, each user receives his or her own tunnel and encryption.

What advantages does a VPN software offer?

Users who surf the Internet using a VPN software benefit from quite a few advantages. Users can browse the Internet completely anonymously thanks to a high-quality encryption of all data connections. You need not worry about the security of your personal data. New or blocked streaming content, only visible in the countries of production, can be watched by VPN users all over the world using a VPN client. File sharing users can mask their IP address using a VPN software and make their surfing and download behavior untraceable. This covers up potentially illegal activity; users avoid warnings and fines. The virtual location of the user can be changed using a VPN client. Firewalls can be circumvented and blocked websites will become available again.

More security and anonymity online with a VPN software

Each user leaves a lot of traces on the Internet. All activities can be traced by authorities, Internet providers, companies, and private persons (hackers). Personal user data are often misused by large companies for advertising purposes. If Internet criminals, such as hackers, gain access to sensitive banking and credit card data, they can cause huge individual damages. Many people still browse the Internet without protection despite these great risks.

Through the VPN tunnel you are protected against hacker attacks!

Each user should use a VPN software to browse the Internet with complete security and anonymity. The IP address and surfing behavior is rendered untraceable for third parties thanks to a secure 256-bit encryption. Thus, personal data as well as sensitive banking data cannot fall into the wrong hands. Users are protected by a secure data tunnel with a VPN software and do not leave any traces online. Even experienced hackers cannot access user data or activity thanks to high-quality security measures and modern technology.

Many people prefer streaming films and series over watching them on the regular television. If a new season of a well-loved series is produced, it is usually first only available for streaming users in the country of production. Users from other countries cannot access this content due to IP blocking and need to wait for months.

Users all over the world can access all streaming content if they use VPN software. The software changes the virtual location and masks the IP address. In this way, streaming platforms think that the user is located in the series’ country of production and the IP blocking does not block access anymore. A VPN client can also be used in this context to unblock sports broadcasts of beloved sports competitions (NBA, NFL, Champions League, etc.) for other countries. Particularly popular are the American sports basketball, football, and ice hockey. The sports broadcasts can usually, due to licensing issues, only be accessed by users located in the US. As the VPN software can change users’ locations at random, the users are virtually located in the US and receive access.

Avoiding warnings and fines with a VPN software when file sharing

Users who register at a file sharing platform, such as eMule, eDonkey, or BitTorrent, can download multimedia content of other users via software. In many cases, downloading music, films, and software infraction on copyright laws. People who upload or download this protected content run a significant risk. A file sharing user can count on a warning along with a serious fine if he or she is caught by authorities when uploading or downloading.

If file sharers use a VPN software instead, they need not worry about negative consequences. VPN users can anonymously share files thanks to a high-end encryption and other security measures. All downloads and uploads exclusively take place via a secure VPN connection. Neither user activities nor data can fall into the wrong hands. As authorities cannot determine that the VPN users infractions on copyright legislation, they cannot take legal action.

Circumventing firewalls and unblocking content with a VPN software

Data traffic can be controlled and regulated by responsible authorities, as the Internet traffic of each country needs to pass through certain nodes. Most countries do not make use of this option and do not limit any websites or services. There are unfortunately some exceptions such as Russia, China, and Turkey. Not just the citizens of these countries suffer from these restrictions, vacationers and business travelers are also affected. The country and organization-specific firewalls block well-known websites such as Facebook, YouTube, or Wikipedia.

These blockades and restrictions of country and organization-specific firewalls can be lifted effortlessly using a VPN software. The VPN client changes the virtual location of the user, making it impossible for firewalls to detect and block it. Users in all countries can access all Internet website and services using a free VPN software. Users can even circumvent the Great Firewall of China with a VPN tunnel.

There are various VPN providers on the market. However, not every provider fits the demands of each user equally well. There are often great differences between the price and possibilities of a VPN provider. It is important to diligently compare all VPN providers before making a choice. We have extensively tested all well-known providers and have also made recommendations. Our clear list of the top 10 VPN providers offers you an overview of the best providers. In this list, all discounts the providers offer are listed as well. You will automatically receive this discount if you choose a VPN provider through our website. Unfortunately, we cannot always offer these discounts as the discount campaigns are limited in time and amount. Like usual: first come, first served. You can of course always contact us with any questions you might have.